The Federation of Passenger Transport Northern Ireland held its Gala Dinner and Awards Ceremony in the Galgorm Manor Hotel, on Saturday 8th February.  Some 200 members and guests attended the event which is the only event of its kind for the passenger transport industry in Northern Ireland.

Gus Commercials was honoured to sponsor two awards at the event.

Congratulations to George Weir of Translink, the recipient of this year’s Special Recognition Award, and to Logans Executive Travel for winning the Mini Coach of the Year Award. 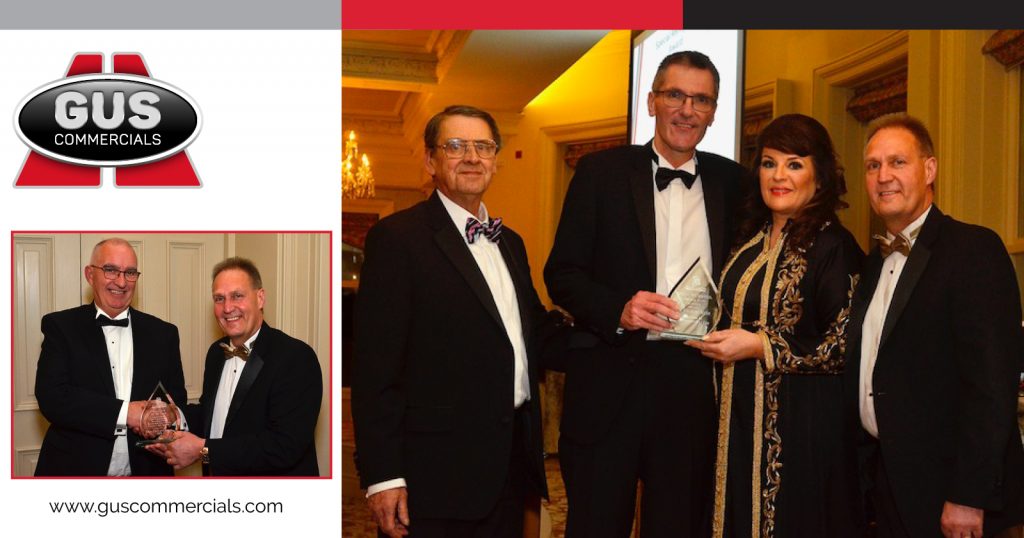 The recipient of this award, Mr George Weir, has given nearly thirty years of service to the industry beginning his career as a driver where he continually received compliments and was an exemplary employee. He then moved to driver training, becoming a driving instructor and again in this role, his enthusiasm and professionalism shone through. He has driven the quality of training in the company to new levels and has developed numerous outstanding training programmes.

His constant desire to improve his own performance led him to fund a degree in education and there is no doubt, without his contribution, the ground breaking Glider training programme would not have been delivered.

Throughout his career, he has been committed and dedicated to his work and the organisation. Even through his illness, he produced the highest quality of work and always with a smile on his face.

His work and contribution as a trainer has positively impacted on the lives and careers of thousands of Translink employees. His commitment to his job, his employer and this industry is probably perfectly reflected in the comment he made when he was presented with his 25 year service award: “I am the luckiest man alive, I get to come into a place of work that I love and do the job I love,  not one day have I come into work without a smile on my face.”