This year, in lieu of Christmas gifts to customer and suppliers, we decided to support local charities, because we are aware their fundraising efforts have been hard hit this year. 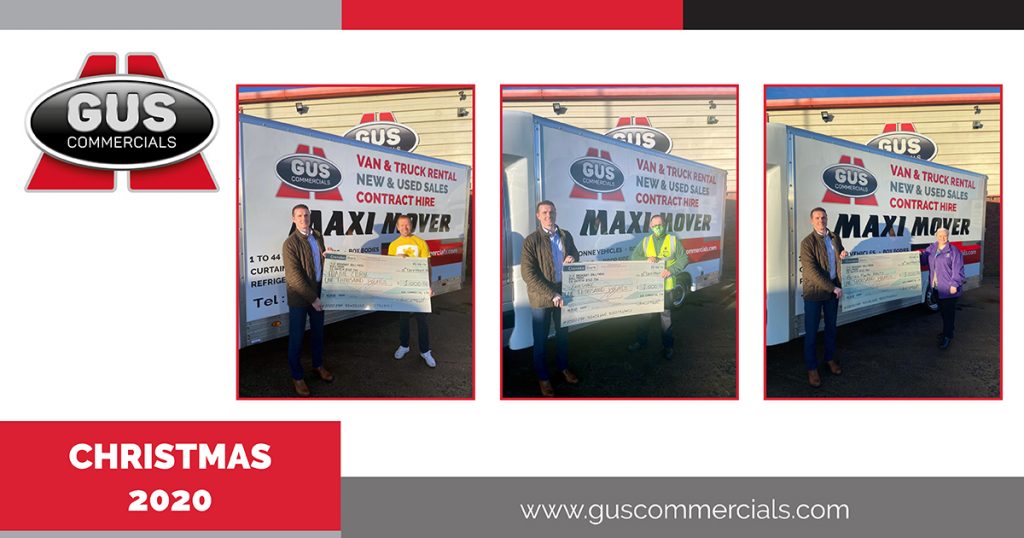 We asked our staff to nominate charities and from this we chose 3 very worthwhile causes:

We are pleased to advise that Gus Commercials has been acquired by Traction Finance, a leading vehicle finance and management company. 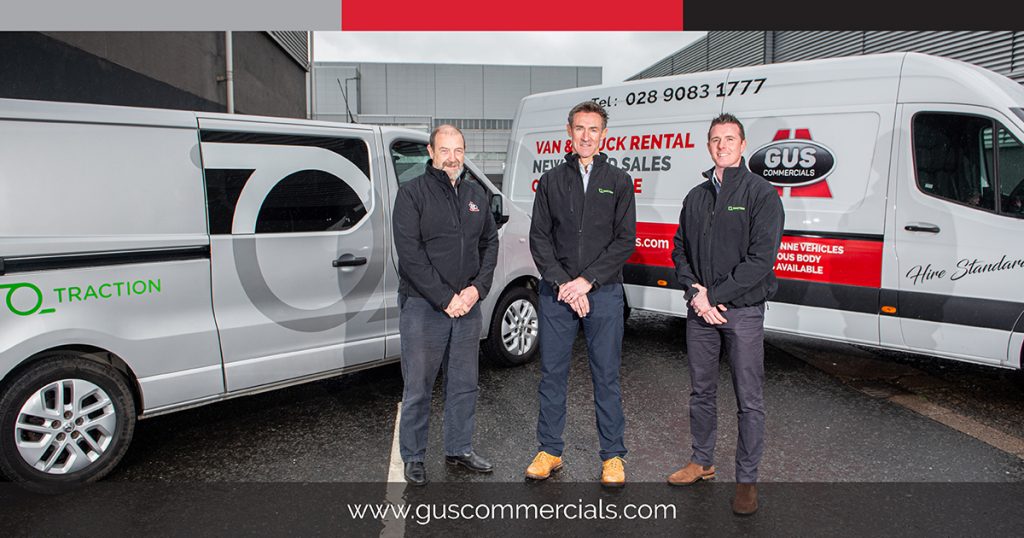 While there are exciting changes in the pipeline, things will be ‘business as usual’ and customers are assured that Billy Miskelly will remain at the helm managing the day-to-day running of Gus Commercials.

Billy had this to say: “We are very pleased to now be working as part of the Traction Group, a well-respected and long-established business that will bring a wealth of experience and a new range of products and services to our customers.  I would like to take this opportunity to thank all of our customers, suppliers and staff for their valued support of Gus Commercials and I look forward to doing business with them long into the [...]

JUST FOR THE PUN OF IT! 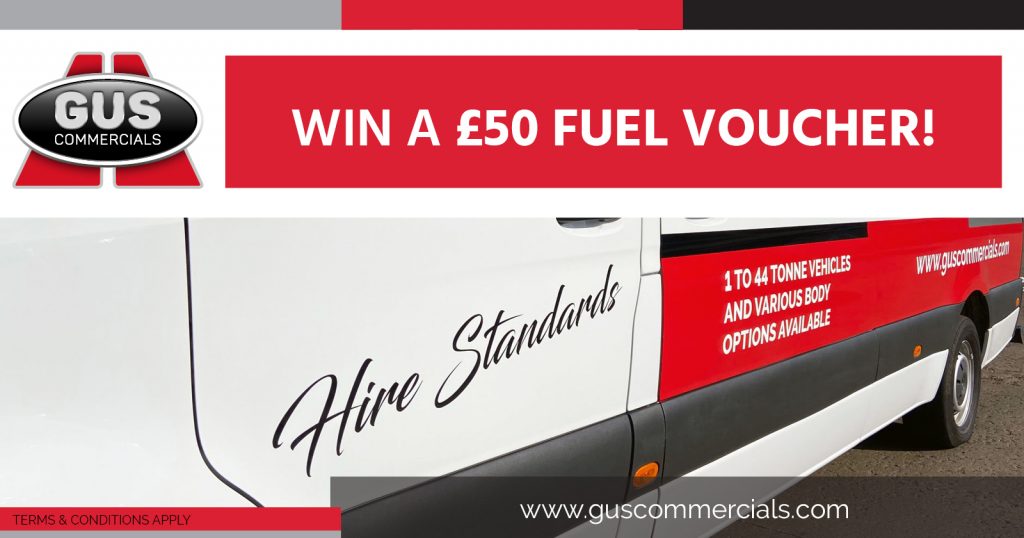 Everyone knows we love a bit of banter here at Gus Commercials and if there’s one thing we appreciate it’s a good pun.

To launch our new pun competition we’ve added a new slogan on our hire vehicles: “Hire Standards”, because at Gus Commercials you can be assured of higher standards – from the quality of our vans to the customer service you will receive.

So, make us laugh with your funniest pun to be in with a chance of winning a £50 fuel gift card.  To enter:

⚫️Comment with your funniest pun

A tidy wee Volvo FL delivered to The Pallet Network member AM Nexday in Larne, a leading retail logistics & palletised distribution provider in Ireland.  Many thanks for the business! 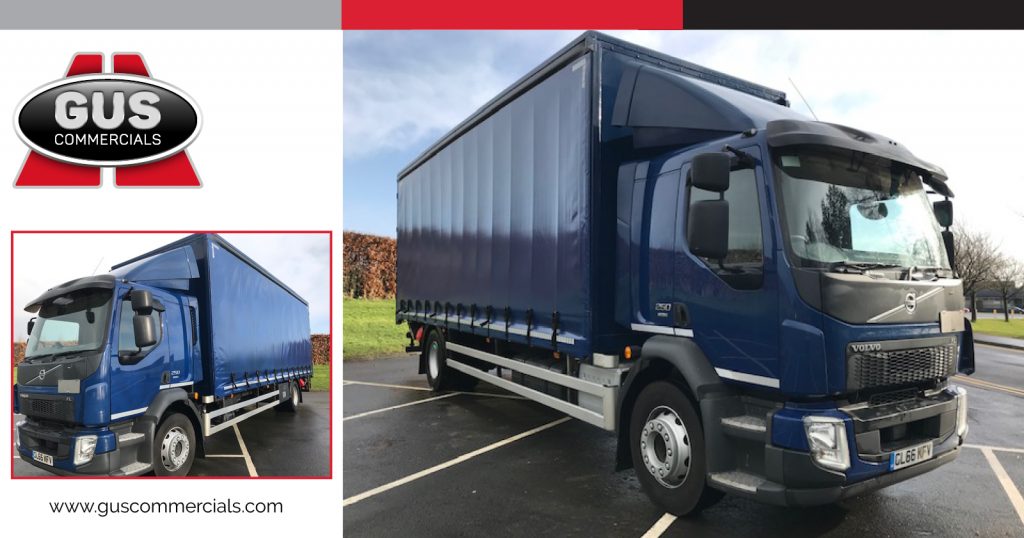 The Federation of Passenger Transport Northern Ireland held its Gala Dinner and Awards Ceremony in the Galgorm Manor Hotel, on Saturday 8th February.  Some 200 members and guests attended the event which is the only event of its kind for the passenger transport industry in Northern Ireland.

Gus Commercials was honoured to sponsor two awards at the event.

Congratulations to George Weir of Translink, the recipient of this year’s Special Recognition Award, and to Logans Executive Travel for winning the Mini Coach of the Year Award.

The recipient of this award, Mr George Weir, has given nearly thirty years of service to the industry beginning his career as a driver where he continually received compliments and was an exemplary employee. He then moved to driver training, becoming a driving instructor and again in this role, his enthusiasm and professionalism shone through. He has driven [...] 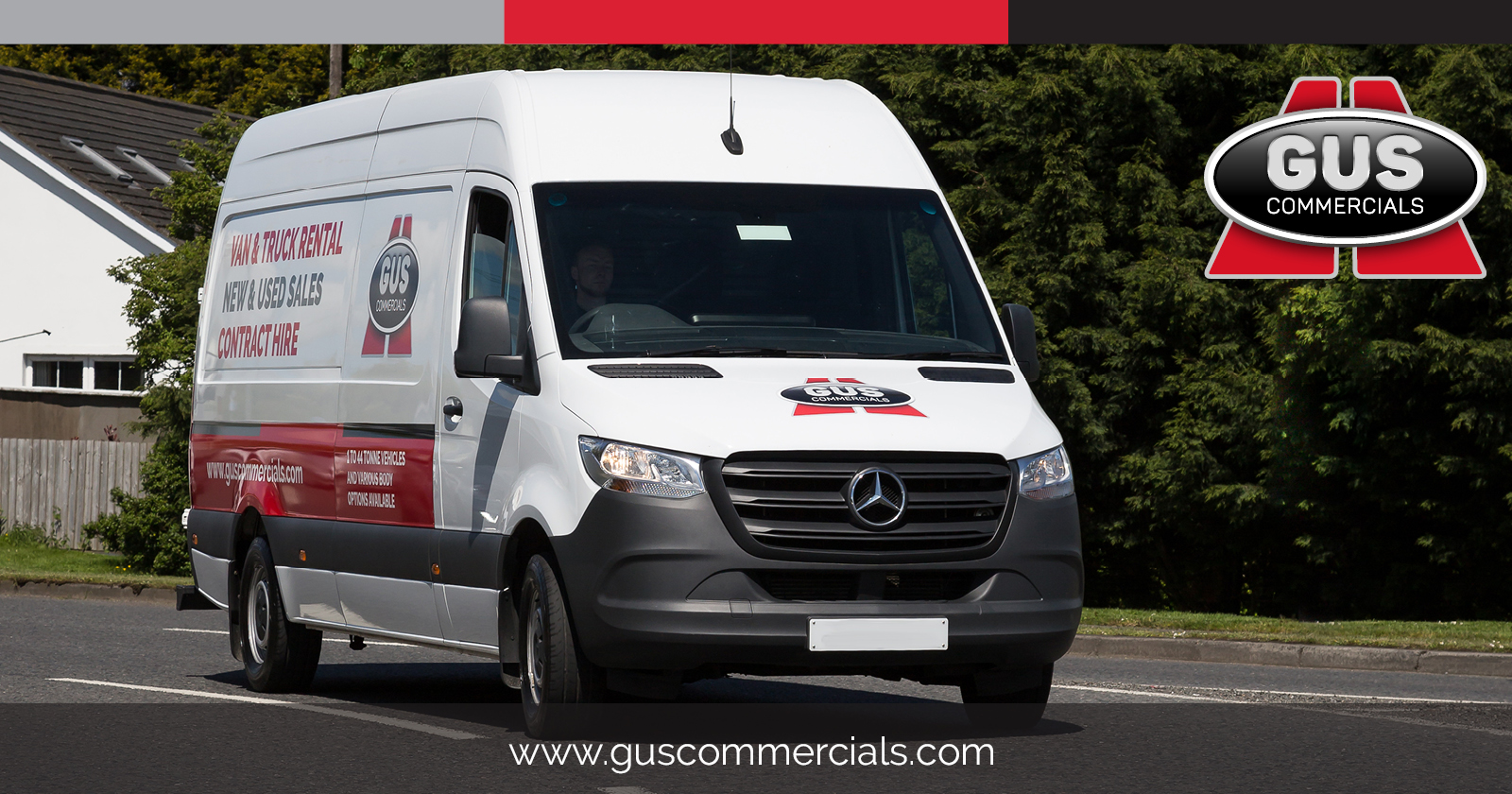 We’re excited to have some new rental fleet vehicles land with us! 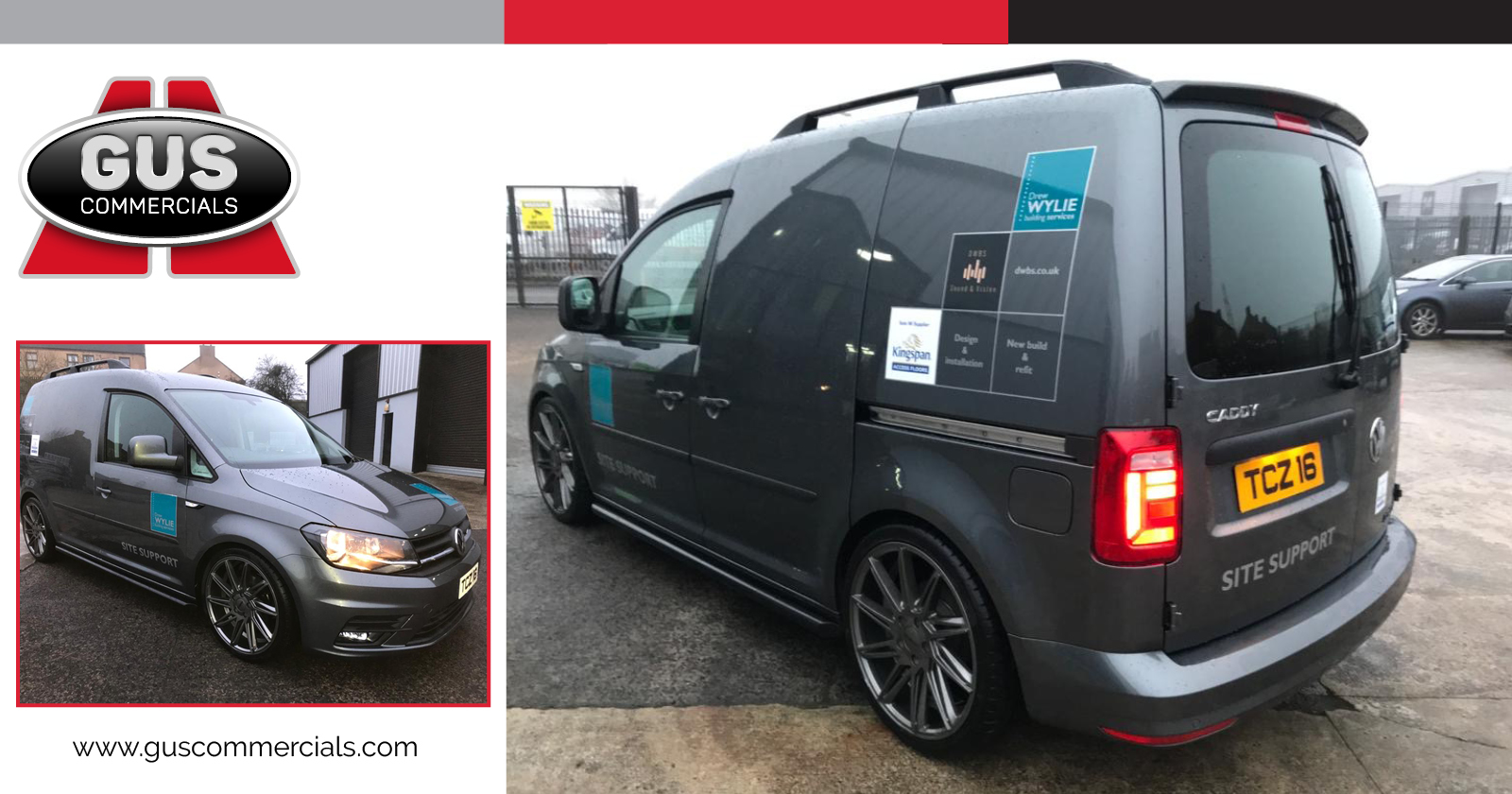 Many thanks to Drew Wylie Building Services, Carryduff, for choosing Gus Commercials.  We recently delivered this smart looking VW Caddy for use in the company’s site support service.

We are pleased to have supplied a number of vans to Slemish Bakery by Craig Foods over the last 12 months.  Many thanks to Craig Foods for the continued support.

The stunning livery on the Slemish Bakery fleet is as tasty as their treats being delivered across Northern Ireland everyday! 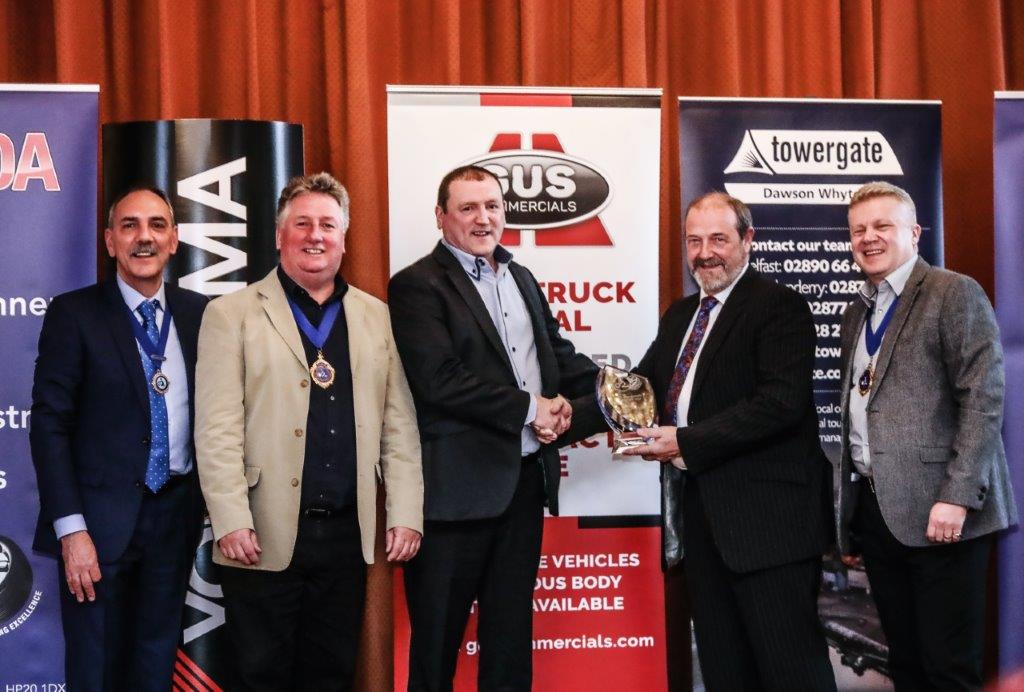 Congratulations to Derek Hill from Tyre Call Antrim, who was presented with the Tyre Manufacturer of the Year award from Hankook by Billy Miskelly.

Thanks to the NTDA for a great evening. 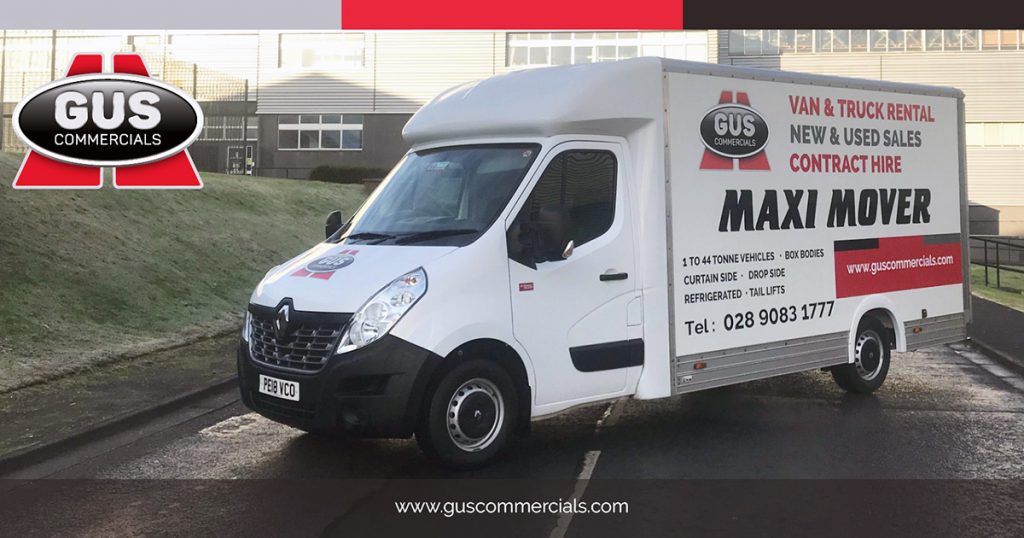 We are excited to announce a new addition to our rental fleet – a new Renault Master with MaxiMover low floor Luton body.  This is perfect for furniture removal work or transportation of bulky items, without the need for a truck licence.

You can find out more about the vehicle specification here or check availability here.